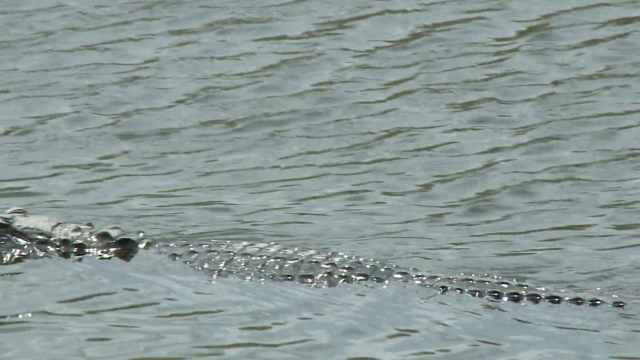 SMS
Alligators Found Eating Human Corpse In Florida
By Samantha Crook
By Samantha Crook
May 31, 2016
Even though police say it appears the alligators consumed part of the body, the case is still being investigated as a homicide.
SHOW TRANSCRIPT

Two fisherman found the body in a canal Monday. Even though police say it appears the alligators consumed part of the body, it's still being investigated as a homicide. A police captain told the Sun Sentinel the alligators aren't suspected of killing the person.

Officials say it looks like the body had been in the water for a while before it was found. They're currently working to identify the remains.

This video includes a clip from WPLG and WTVJ.