Alligator Captured And Killed After Biting Off Woman's Arm 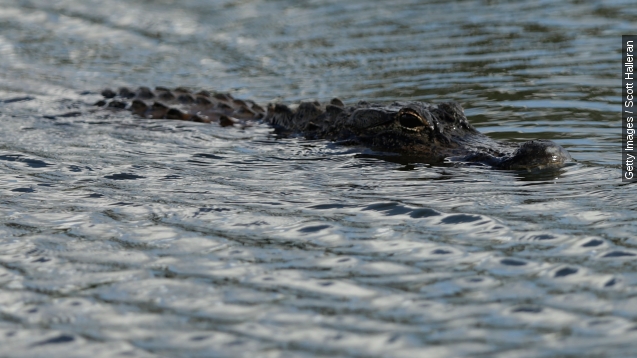 SMS
Alligator Captured And Killed After Biting Off Woman's Arm
By Eugene Daniels
By Eugene Daniels
August 9, 2015
Florida officials captured, euthanized and killed an alligator that bit off a woman's arm in a river north of Orlando.
SHOW TRANSCRIPT

The alligator that bit off a woman's arm in a river north of Orlando, Florida, has been captured and killed.

Officials told ABC News, a woman was swimming in the river when she was attacked Saturday. A witness described the scene to WFTV.

"I saw her in the water swimming, and for her to come back without her arm, that was very scary," Vonda Payne said in an interview.

Officials say the woman was bitten at least twice, and her right arm was severed above the elbow. She was taken to a nearby hospital. (Video via WKMG)

The Florida Fish and Wildlife Conservation Commission says 12 people were bitten by alligators in 2013, though none of those attacks were fatal.

The alligator was caught and euthanized just after midnight on Sunday. Officials told the press it will be harvested for meat. (Video via WOFL)