All The Rumors Behind Vladimir Putin's Disappearance 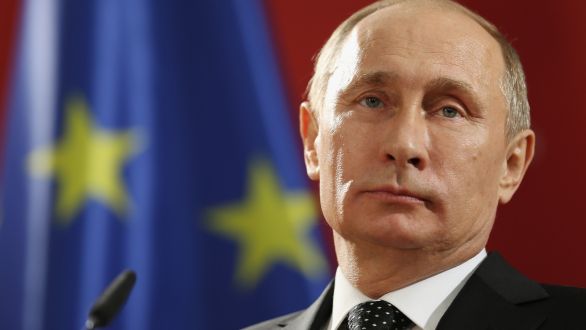 SMS
All The Rumors Behind Vladimir Putin's Disappearance
By Ben Levin
By Ben Levin
March 13, 2015
Russian President Vladimir Putin hasn't appeared in public in more than a week, leading to speculation that he might be sick.
SHOW TRANSCRIPT

Vladimir Putin. He's 62 years old, some people think he looks like a vampire, he's been the man in charge of Russia since 2000, and, oh yeah, no one knows where he is.

Putin hasn't been seen in public since March 5 and since then has canceled a trip to Kazakhstan, missed a meeting with his domestic intelligence service and stood up two representatives from the rump nation of South Ossetia.

The absence is a big deal in the Kremlin, where Putin is considered the alpha and omega of the Russian state.

The theories are all over the place. Radio Free Europe/Radio Liberty says Russians can't decide if he's ill, suffered a stroke or even dead.

There's also the political angle — it's been barely two weeks since the assassination of Russian politician Boris Nemtsov, leading to speculation that Putin could be hiding from allies of Nemtsov. (Video via Vice News)

The government, meanwhile, is pushing back on reports that anything is wrong with their president.

The government also released a video on Friday purporting to show a recent meeting between Putin and Russia's chief judge. (Video via NTV)

But hold on, says ABC News — the calendar usually seen on that desk isn't there, and there's no way to verify when the meeting actually happened.

The takeaway? We'll know he's OK when we see him in public and probably not a moment before.