All The Questions We Have About Adele's New Music Video 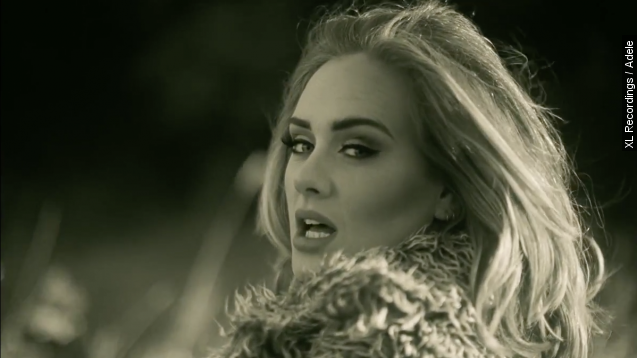 SMS
All The Questions We Have About Adele's New Music Video
By Cody LaGrow
By Cody LaGrow
October 23, 2015
Adele's new music video for "Hello" provokes insightful questions like: Why is Adele using a flip phone?
SHOW TRANSCRIPT

Adele, we need to talk. (Video via XL Recordings / Adele)

"Hello? Can you hear me now?" Adele said in her new music video.

By now, you've probably watched Adele's new music video for "Hello." And it's probably raised a few questions. Well, we're here to walk you through them.

It makes you wonder if the poor communication in their relationship was caused by poor technology. It's not a terrible excuse to apply to your own past relationships. It's hard to be happy in life when your only cell phone game is Snake.

Then it starts getting real when Adele goes into this deserted house. Is she on "House Hunters"? Why is she making tea? Is she sick? Does she have neck pain? Does she need an Excedrin?

When Adele opened her eyes, did it feel like someone harpooned your heart? Me, too.

Then we literally go into Adele's mind — a river so deep with sorrow, you're almost drowning. Who is this man? Is he cooking mac 'n cheese? Who would break up with someone who makes mac 'n cheese? How are we getting this angle of him?

Then it hits you: They broke up because Adele wouldn't stop wearing a GoPro on her forehead.

At this point, you've shed a tear or two, given yourself a pep talk in the mirror and canceled plans for the night.

Adele knew that would happen. And that leads us to our grandest set of questions of the day.

We've done our duty as journalists by asking the hard questions, and the moment we have answers, we'll let you know.