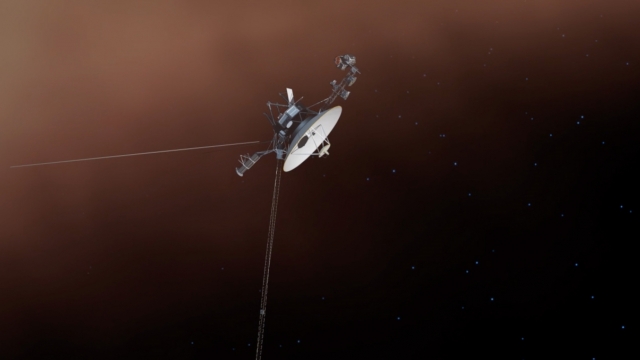 SMS
A Lot Of Our Space Knowledge Comes From A Bunch Of Antiques
By Evan Thomas
By Evan Thomas
August 25, 2016
We owe a lot of what we know about space to a series of relatively low-tech probes.
SHOW TRANSCRIPT

A lot of NASA's active fleet is getting kind of old. These space probes take years to design and launch, and the trips to their destinations can be even longer.

They don't have to have cutting-edge technology to do good science, which is lucky because some of the newest information we have about the universe comes from spacecraft old enough to have a midlife crisis.

New Horizons launched in 2006 and didn't reach Pluto for its flyby until July of 2015, almost a decade later. It gets all of its science images from a 1-megapixel camera.

Cassini launched in 1997. It's still running in orbit around Saturn. It sends signals almost 900 million miles home using antennas about a fifth as powerful as a cellphone tower.

The Hubble Space Telescope launched in 1990, and even after a couple upgrades it has way less computing power than your cellphone. We're only just now preparing to get its successor off the ground.

And we're still getting totally new data back from the 8-track tapes aboard Voyager 1. It launched in 1977; now, it's collecting data from interstellar space — 39 years later.