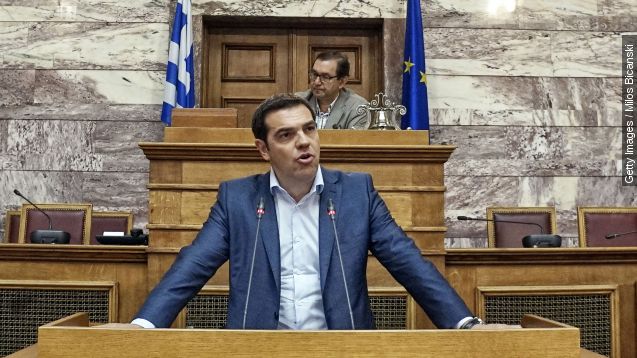 Greek Prime Minister Alexis Tsipras is resigning. But why? (Video via ERT)

The move will push Greece into a snap election. (Video via European Commission)

Dozens of Syriza's hard-line members of Parliament have rebelled against the prime minister as he's tried to contain the Greek financial crisis with an international bailout package. (Video via Hellenic Parliament)

The package is full of austerity measures — something Syriza hard-liners don't like. (Video via European Commission)

The snap election could give his Syriza party a chance to oust any of those opponents and let Tsipras continue pushing the package through.

Political parties against the bailout could gain more power in the election, slowing the package's progress afterward.

Still, Tsipras doesn't have much choice, with his party in such disarray. (Video via Syriza)

The new elections are set for Sept. 20.