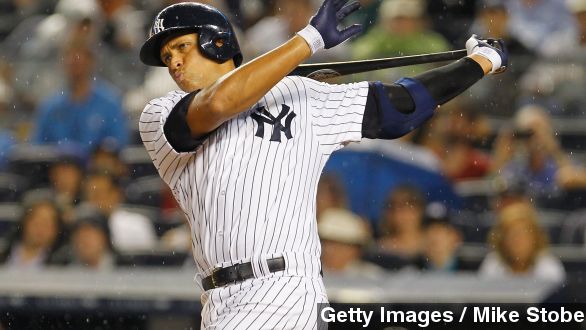 According to an exclusive report from the Miami Herald, Alex Rodriguez admitted to Drug Enforcement Administration agents in January that he did, in fact, take steroids from a Miami-based anti-aging clinic run by Anthony Bosch.

The report states: "Yes, he bought performance-enhancing drugs from Biogenesis of America, paying roughly $12,000 a month to Anthony Bosch, the fake doctor who owned the clinic. Yes, Bosch gave him pre-filled syringes for hormone injections into the ballplayer's stomach, and even drew blood from him in the men's room of a South Beach nightclub. And yes, the ballplayer's cousin, Yuri Sucart, was his steroid go-fer."

Much of this has long been speculated, but Rodriguez has vehemently denied all allegations he's taken performance-enhancing drugs from Bosch — and everything else Major League Baseball has accused him of.

A-Rod, among a mess of other things, is accused of taking PEDs from Bosch's Miami-based clinic Biogenesis and then attempting to cover it up.

Rodriguez is just now back and eligible to return to the Yankees dugout after a yearlong suspension levied by MLB and Commissioner Bud Selig.

MLB banned Rodriguez for a full year, but he tried to fight it, even filing a lawsuit against the league.

Shortly after filing that lawsuit, Rodriguez released a statement saying, "I have been clear that I did not use performance-enhancing substances ... and in order to prove it, I will take this fight to federal court."

The Miami Herald report, though, says Rodriguez spoke with DEA officers and admitted to taking PEDs less than three weeks after making that statement.

About a month later, Rodriguez and his legal team withdrew that lawsuit and accepted his suspension.

The report does not indicate whether Major League Baseball or the New York Yankees had knowledge of this information. Still, barring any changes, Rodriguez is expected to trot out as the Yankees' starting 3B next season and earn $61 million total over the next three years of his contract.

The Miami Herald did not reveal how it obtained the 15-page report.