Alex Rodriguez Is Making $16,000 Per Pitch This Season 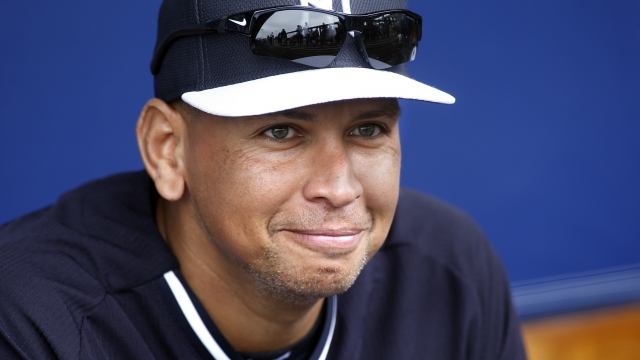 Alex Rodriguez has made over $16,000 per pitch this year. Don't believe us? Let us explain.

Rodriguez's contract is gigantic; baseball fans know this. But this year, that deal seemed larger than ever.

Let's break it down. A-Rod is owed $21 million by the Yankees this year, but since the season isn't finished yet, he's likely earned about $14.3 million so far. And as Yankee fans know, he's spent a lot of time on the bench.

Rodriguez has only played 62 games. That means, on average, A-Rod has earned about $230,000 for every game he's played this season.

Taking it further, A-Rod's only made 234 plate appearances in those games. That means every time Rodriguez has stepped to the plate this year, he's made an average of over $60,000.

But we can go even deeper. This year, A-Rod's trips to the plate typically last a little under four pitches. This means that per pitch this year, Rodriguez has made $16,337.

Now, to be fair, there was a time when A-Rod was probably worth that much. According to FanGraphs, he was worth more than $21 million for eight of the 12 years he's spent with the Yankees.

But fans, the Yankees and A-Rod himself seem to have acknowledged that time has passed. He's announced he plans to step away from the diamond and become a team adviser.