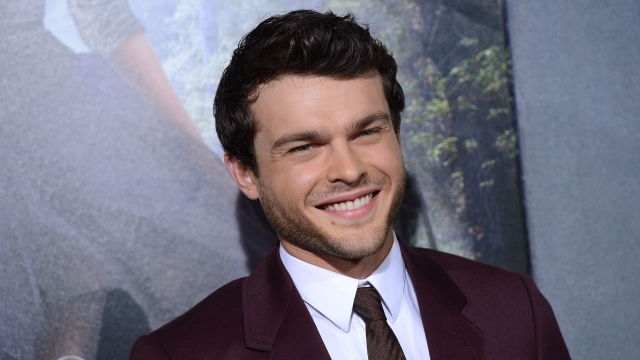 We've known for a while a Han Solo stand-alone film was on its way, and now we know who'll play the Millennium Falcon's sharp-shooting smuggler.

Alden Ehrenreich, who played the singing cowboy Hobie Doyle in "Hail, Caesar!," has reportedly been tapped to play young Solo in the yet-to-be-named "Star Wars" spinoff.

The film is expected to be an anthology with a college-aged Han. As for what we'll see in the film, Lucasfilm President Kathleen Kennedy told Entertainment Weekly, "I think the key here is that we are identifying an event or events in Han Solo's life that gives you some idea of who he is and why he is the character we have all grown to love."

And part of what we love about him is the company he keeps. Our favorite Wookiee, Chewbacca, will be in the upcoming Solo flick.

The team behind "The Lego Movie," Phil Lord and Christopher Miller, will direct the film, which is currently in preproduction. Miller teased fans on Twitter with a tweet of Han's blaster for May 4. The movie is expected to hit theaters May 2018.