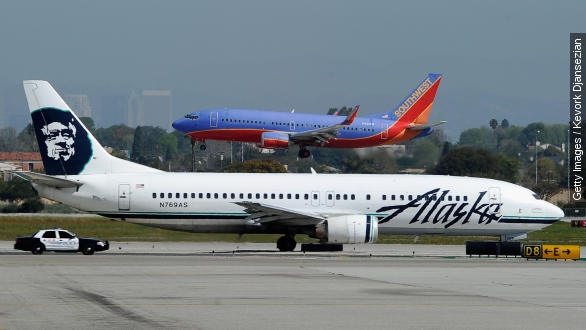 An Alaska Airlines plane headed from Seattle to Los Angeles was forced to make an emergency landing Monday after a worker reportedly took a nap in the cargo hold and was stuck there when it took off.

Alaska Airlines released a statement saying the pilot ordered Flight 448 to return to Seattle shortly after take-off when he "heard banging beneath the aircraft" and suspected a person behind the noise. (Video via NWCN)

A ramp agent was reportedly locked inside a "pressurized, temperature-controlled portion of the cargo hold." He was taken to an area hospital after the plane landed and later released with a clean bill of health. (Video via KING)

"He told first responders who spoke with him that he boarded the cargo hold and was taking a nap prior to the aircraft taking off," Bobbie Egan of Alaska Airlines told KIRO.

In case you were wondering, Alaska Airlines says the man passed a drug test that afternoon.

The employee, who wasn't identified, also reportedly works for the contractor Menzies Aviation. KOMO reports the company has had some issues at Seattle's Sea-Tac Airport in the past. (Video via Original Concept Productions)

"It's the same company that caused two Alaska jets to crash into each other on the tarmac here at Sea-Tac back in 2010. Two Menzies workers were fired for that incident," KOMO Luke Duecy reports.

Alaska Airlines says it's launched an investigation into the incident.