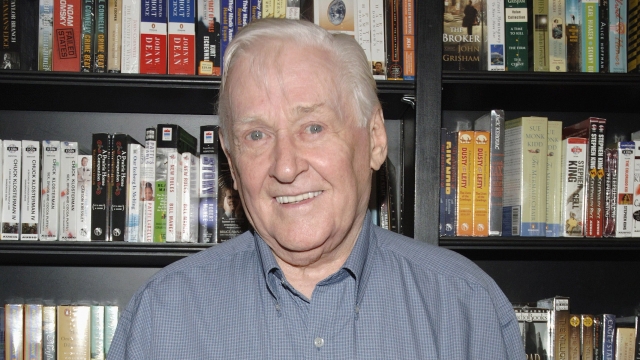 Alan Young, the star of the sitcom "Mister Ed" has died at the age of 96 from natural causes.

According to my horoscope, I shouldn't leave the barn today," said Allan Lane as Mister Ed.

"I'm surprised at you. I didn't think you believed in that stuff," said Young as Wilbur Post.

"Well, they warned Julius Caesar, and you know where he got it."

Young had several roles over his long career, but he's most famous for playing bumbling architect Wilbur Post, the owner of the mischievous talking horse Mister Ed.

In 1951, Young had won a Primetime Emmy award for best supporting actor in "The Alan Young Show."

But younger audiences might know him best as the voice of Scrooge McDuck from the Disney series "DuckTales."

Young was born in the U.K., educated in Canada and eventually became a U.S. citizen.

Young was married twice, most recently to singer Virginia McCurdy, who died in 2011. He had four children.