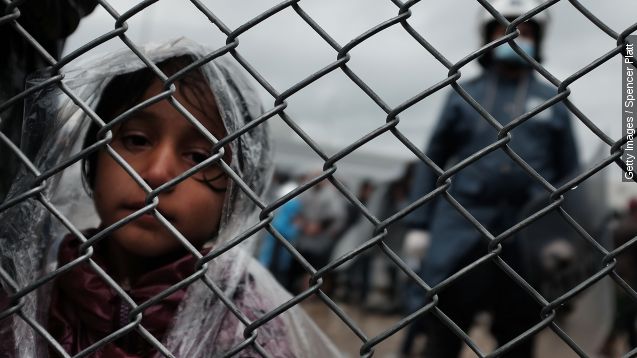 SMS
Alabama, Michigan Governors Shut Out Syrian Refugees For Now
By Matt Moreno
By Matt Moreno
November 16, 2015
Officials say at least one of the suicide bombers in Paris on Friday entered the country with a flood of a Syrian refugees.
SHOW TRANSCRIPT

As we continue to learn more about the Paris attackers, at least one of the bomber's connections to Europe's refugee crisis is causing widespread fear.

Officials say at least one of the suicide bombers, identified as 25-year-old Ahmad al-Mohammad, crossed into France with a flood of Syrian refugees.

About 9 million Syrian refugees have fled their homes since 2011, with many of them resettling in other parts of Syria or neighboring countries. Their movements and background are tough to trace as many don't have any documentation. (Video via PressTV)

Although France isn't one of the largest homes for Syrian refugees, the country's still been receiving a massive influx to its population. And fears over letting the flow of refugees continue is spreading from Europe to the United States. (Video via France 24)

While on the national level there appears to be no changes to President Obama's plan to bring in 10,000 Syrian refugees:

"The Obama administration says those refugees will be bedded and welcomed," CNN reports.

Snyder said in a statement, "Michigan is a welcoming state and we are proud of our rich history of immigration. But our first priority is protecting the safety of our residents."