Ala. Police Blame Media Narrative For Attack On Officer 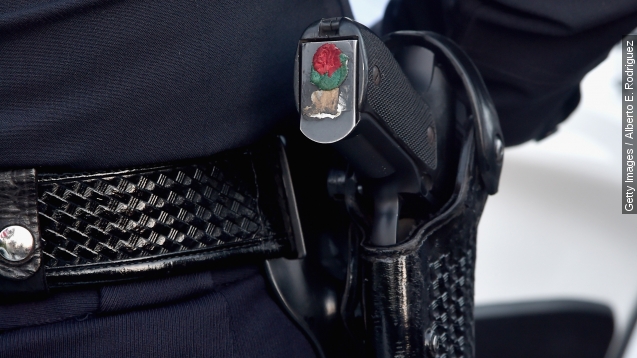 SMS
Ala. Police Blame Media Narrative For Attack On Officer
By Christian Bryant
By Christian Bryant
August 14, 2015
An Alabama police detective who was beaten with his own gun says he hesitated because he was afraid of the media backlash.
SHOW TRANSCRIPT

An Alabama police detective who was beaten with his own gun says he didn't shoot his attacker because he was afraid of the media backlash. He gave this statement to CNN:

We've heard that concern a lot lately from police officers who say that narrative is hurting their image overall. A Gallup poll earlier this summer, in fact, found confidence in police is at its lowest in more than 20 years.

The Alabama attack happened last week when the police detective, who is not being identified, stopped a man who he says was driving erratically. A sergeant with the Birmingham Police Department told CNN the suspect sucker punched the police detective then pistol-whipped him. (Video via WIAT)

What makes this case really interesting is both sides are apparently blaming the media narrative. Birmingham police, for example, say all the negative coverage is creating a hostile environment for officers. And according to CNN, a possible motive for the suspect's attack is retaliation against police brutality.

And then there's this: Onlookers posted pictures on social media of the officer — bloodied and unconscious. The man who attacked the police detective appeared in court Friday. He's being charged with attempted murder. (Video via WTVM)