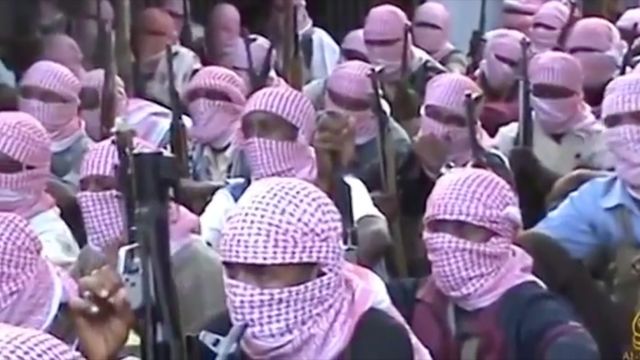 SMS
Al-Shabab Claims Another Hotel Attack In Somalia
By Matt Picht
By Matt Picht
June 25, 2016
Gunmen stormed Hotel Naso-Hablod after it was attacked by a car bomb.
SHOW TRANSCRIPT

The Somalia-based terrorist group al-Shabab has claimed responsibility for an attack on a Mogadishu hotel. The attack killed at least 15 people.

Attackers detonated a suicide car bomb outside the gates of the hotel before storming the building and taking hostages. Somali officials said security forces swept the building Saturday night to end the siege, killing at least four militants.

The group has been largely driven out of Mogadishu and other Somali cities thanks to intervention from the African Union, but it still has the capability to launch terror attacks.

This video includes clips from the BBC and CCTV.