Al-Qaeda's Syrian Affiliate Says It's Cutting Ties, But Is It Really? 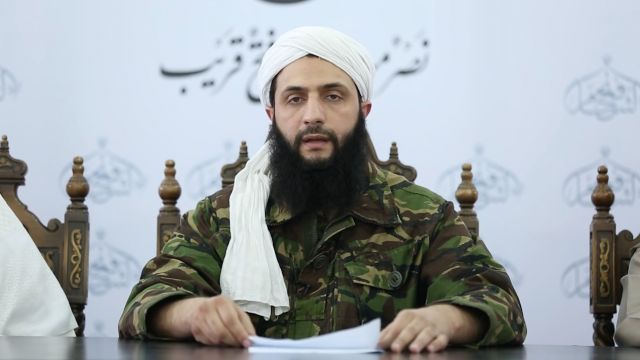 The leader of Syria's Al-Nusra says his group is splitting from Al-Qaeda. He made this announcement dressed exactly like Al-Qaeda's old leader.

But is Nusra really dropping Al-Qaeda?

"For the aforementioned reasons, we declare the complete cancellation of all operations under the name of Jabhat Al-Nusra, and the formation of a new group operating under the name 'Jabhat Fateh Al-Sham,' noting that this new organization has no affiliation to any external entity," said leader Abu Mohammad Al-Jolani.

So it's declaring a name change and no "external entities."

But here's the thing: Al-Qaeda's already working with Nusra inside Syria. A man sitting next to Nusra's leader during his statement is believed to be a longtime Al-Qaeda operative. The video also praises Al-Qaeda.

Here's what National Security Agency Director James Clapper had to say: "So I think this is much more of a, as I say, a PR move. And whether or not they actually are separating from Al-Qaeda, I think that remains to be seen."

This video includes a clip from CNN. Music provided courtesy of APM Music.