Al-Qaeda Cleric Back In Headlines After Charlie Hebdo Attack 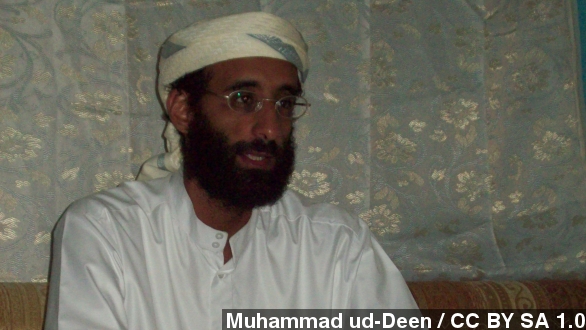 Al-Qaeda's former chief propagandist is back in the headlines after his name was mentioned during a brief TV interview with a suspect in the Charlie Hebdo massacre.

He told BFM-TV, "I, Chérif Kouachi, was sent by Al-Qaeda of Yemen. I went there and it was Sheikh Anwar al-Awlaki — may God have mercy on him — who sponsored me."

The name Anwar al-Awlaki has come up in terror plots before. Many Western radicals cite the American-born al-Awlaki's fiery English-language sermons as a major influence.

Former CIA asset Morton Storm told CNN, "His passion to take revenge on the West and spread this global jihad was his whole life. He sacrificed his whole life to achieve that."

Al-Awlaki's been named as an influence in the 2009 mass shooting at Ft. Hood, the failed "underwear bomber" in 2009, the Boston Marathon bombing of 2013 — and now, the attack on Charlie Hebdo.

Both French suspects are believed to have traveled to Yemen in 2011, receiving training from the country's Al-Qaeda offshoot and from al-Awlaki himself.

The radical cleric was actually killed in a U.S. drone strike in September 2011, but despite the efforts of online services like YouTube to scrub his sermons from the web, al-Awlaki's speeches are still readily available online for anyone willing to dig deep enough.

One analyst told The New York Times the cleric's work "is carefully constructed to be evergreen. ... It will continue to be important for years."

Both Charlie Hebdo suspects, as well as an associate, were killed in separate stand-offs with police Friday. French authorities cautioned Monday up to six terrorist cell members might still be at large.