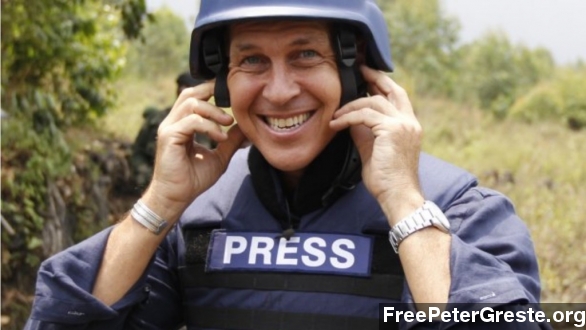 Al Jazeera journalist Peter Greste is finally headed home to Australia after being held in an Egyptian prison for 400 days.

Peter Greste filed this and many other reports from Egypt during its revolution. But in December 2013, once the Muslim Brotherhood was ousted and the Egyptian military took charge, he and two colleagues, Mohamed Fadel Fahmy and Baher Mohamed, were imprisoned and charged with reporting false news and working with the previous government. In June 2014, Greste was sentenced to seven years in prison.

"A world where journalists are not free to report the facts," Al Jazeera's Shiulie Ghosh said.

That led to an international outcry, both from Western political leaders and from journalists worldwide.

In January, Egyptian courts had ordered a retrial of the three journalists. There have been some rumors over the past few weeks that they'd be released, but no official news came until Sunday.

That's when Egypt's news agency and the BBC confirmed Greste would be freed and deported to Australia.

As of Sunday morning Eastern Standard Time, there's no news yet on why Greste was released nor on whether Fahmy and Mohamed will be given the same treatment.