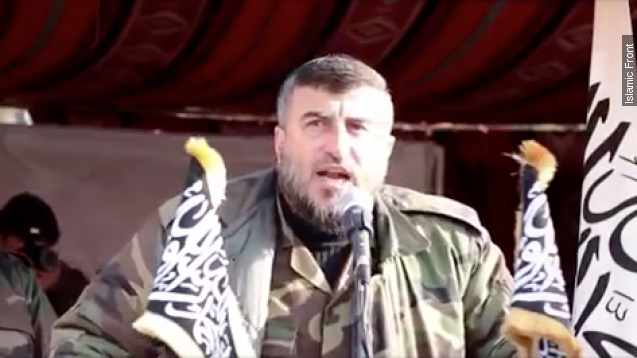 Airstrikes over a Damascus suburb have killed the commander of prominent Syrian rebel group Jaysh al-Islam.

At least 10 rockets struck a meeting between Zahran Alloush and several other leaders of the group Friday, according to Al Arabiya. It's not yet clear who's responsible for the strikes, but opposition activists are pointing the finger at Russia.

A massive Islamist rebel group believed to be backed by Saudi Arabia, Jaysh al-Islam recently joined other opposition groups in Riyadh to outline a framework for the U.N.-backed peace talks that will take place in a month.

The Syrian regime views Jaysh al-Islam as a terrorist group, and Russia's ongoing air campaign in Syria has been targeting any rebel groups the regime deems a threat — including but definitely not limited to ISIS.

Alloush's death is yet another victory for the Syrian government; it comes on the heels of a ceasefire that allowed rebel fighters to abandon three besieged neighborhoods in Damascus.