Airline Satisfaction Is Up, But That's Not Saying Much 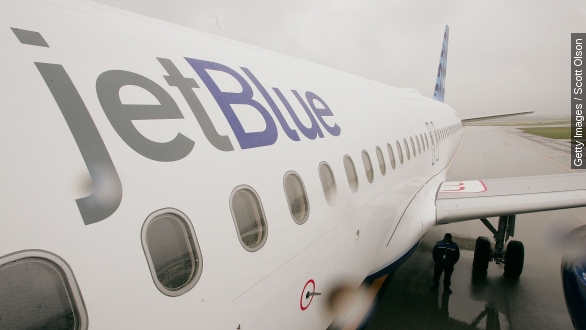 SMS
Airline Satisfaction Is Up, But That's Not Saying Much

Customers are becoming more satisfied with airlines, according to a new report released Monday. But which airlines topped the list, and which ones sunk to the bottom?

According to the American Customer Satisfaction Index travel report, passengers are most satisfied with JetBlue, which has dominated since 2012. Those surveyed gave the airline an average score of 81 out of 100.

But JetBlue will soon be adding more seats to its planes, therefore reducing legroom, and charging customers more who want to check any luggage. It's being done in an effort to increase operating income by more than $200 million each year.

This means Southwest Airlines is the last major U.S. carrier to not charge passengers any baggage fees. It came in second on the ACSI report with a score of 78 out of 100.

On the other end of the spectrum, Spirit Airlines came in dead last with a score of 54.

According to the report, "Spirit's approach is to offer the lowest fares and very little service, with the option to pay extra for additional services. ... Fees now account for 41% of Spirit's revenues."

ACSI's director told USA Today this makes customers "feel like they're being nickeled and dimed."

Those surveyed did report a 2.9 percent increase in satisfaction with airlines overall compared with last year. Researchers say the average score of 71 is the highest reported since ACSI began the report in 1994.

Unfortunately, that score only made it so airlines beat out health insurance, subscription television and Internet service providers in terms of overall satisfaction.

Much higher up the list — soft drinks and specialty retail. Hey, we'd probably rank those higher, too. So, no judgment.