Airline Profits Are About To Surge, But Will Airfare Fall? 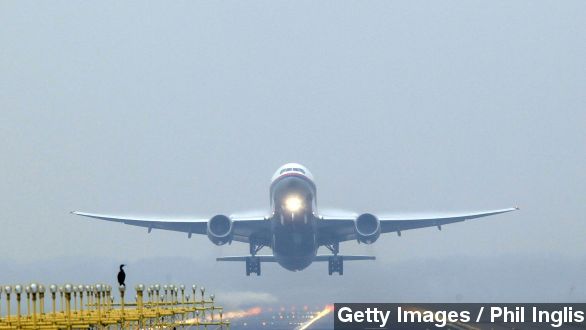 SMS
Airline Profits Are About To Surge, But Will Airfare Fall?
By Jamal Andress
By Jamal Andress
December 11, 2014
A report released Wednesday estimates airlines are expected to post a collective global net profit of almost $20 billion for 2014.
SHOW TRANSCRIPT

It seems the nosedive gas prices have been taking this year are benefiting everyone, including all your favorite airlines.

The International Air Transport Association released a report Wednesday which estimates airlines are expected to post a collective global net profit of almost $20 billion for 2014. The association thinks that number will rise to $25 billion in 2015.

To be fair, the airline industry hasn't had much place to go but up since 2011, when net profits for the year hit a disturbingly low $4 billion. They've steadily increased every year since.

But the real question is, will this surge in profits for Southwest, American and the like be of any help to us, the ones buying the tickets?

According to IATA, this will "substantially" lower prices for consumers in 2015. The association expects prices to fall by 5.1 percent next year, potentially making your $300 plane ticket $275.

But not everyone is convinced the prices will actually fall. Why? Because they don't have to.

As The New York Times notes, "Many flights are full, and carriers are reinvesting much of their profit in the business."

While the IATA represents most of the airline industry, it does not include all players. The association body represents 250 airlines, accounting for 84 percent of global air traffic.