Airbnb Spends Millions To Fight A Proposal In Its Hometown 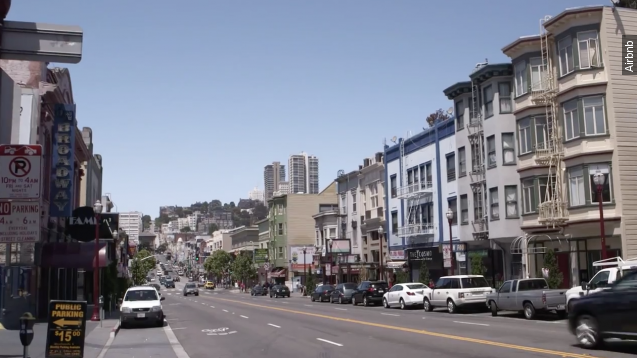 The proposal is often called the "Airbnb Initiative." It aims to restrict private, short-term housing rentals to 75 nights a year and would levy hotel taxes. (Video via Airbnb)

According to Ballotpedia, Airbnb is lobbying hard against the proposition. Over 96 percent of anti-Proposition F campaign contributions have come from Airbnb, which is based in San Francisco. The city has an estimated 10,000 short-term rental listings. (Video via Airbnb)

Supporters of Proposition F argue Airbnb and other rental services are enticing building owners to evict local tenants in favor of short-term renters, which they say will make it even harder to find housing in San Francisco.

The San Francisco Planning Department estimates it'd take about 257 nights of short-term renting to earn as much as a long-term rental. Meanwhile, the city's independent budget and legislative analyst's office puts the break-even point at only 59 nights. (Video via City and County of San Francisco)

And yet not all property owners are under fire. The director of San Francisco's office of short-term rentals told the Los Angeles Times it's focusing on the "most egregious actors" — those with multiple properties listed who don't live in San Francisco.

Another issue some have with Proposition F is it requires owners to disclose how many nights they stay on their own property. (Video via Airbnb)

An Airbnb host told the Los Angeles Times, "It's unprecedented in the way it violates the privacy rights of hosts."

Time reports 55 percent of residents say they plan to vote against Proposition F. (Video via Airbnb)