Airbnb In Cuba Will Soon Be Open To International Travelers 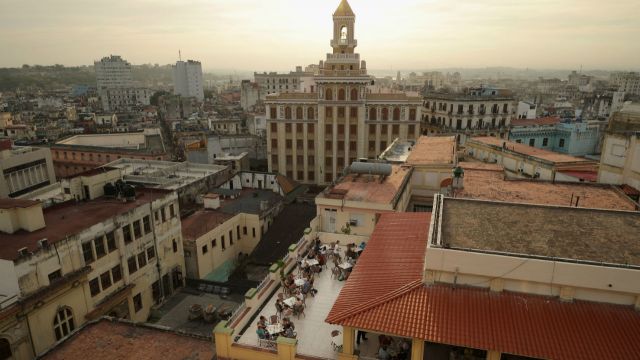 SMS
Airbnb In Cuba Will Soon Be Open To International Travelers
By Kaileen Gaul
By Kaileen Gaul
March 20, 2016
Airbnb announced Sunday that travelers from around the world could use Airbnb to book lodging in Cuba.
SHOW TRANSCRIPT

Planning on traveling to Havana soon? Well, on April 2, international travelers have the option to stay in Cuba using Airbnb.

Only U.S. citizens were allowed to book lodging in Cuba with Airbnb. But as President Barack Obama was en route to the country Sunday, Airbnb announced that, with special approval from the U.S. Treasury Department, soon non-U.S. citizens can do the same.

But all U.S. travelers have to be visiting Cuba for one of 12 reasons as outlined by the Obama administration in 2014. These reasons include family visits, research and humanitarian projects.

Airbnb launched in Cuba in April 2015, and according to the company, it's the fastest-growing market in the company's history. Part of the reason for this growth might be because of a Cuban policy from the '90s.

A process called casas particulares allows travelers to rent a room with a local family for as little as $30 a night. So basically, it allows people to travel the way Airbnb was designed to let people travel.

And despite the fact that some cities across the world and here in the U.S. make it hard for people to use Airbnb due to zoning and administrative codes, that shouldn't be the case in Cuba.

Since there's a shortage of hotel rooms and the practice of casas particulares is already common, Airbnb fits in nicely.

This video includes images from Getty Images and a clip from Airbnb.