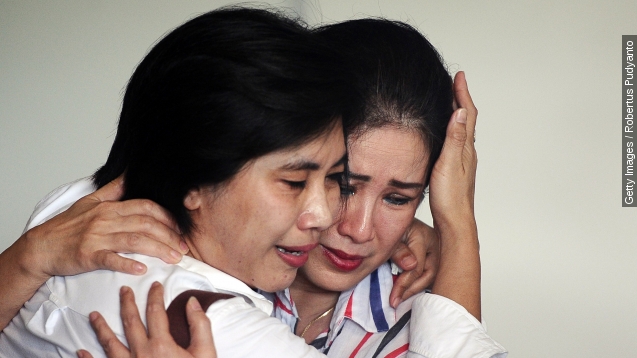 Investigators say the AirAsia plane crash that killed 162 people last year was caused by a technical issue and miscommunication between the pilot and co-pilot.

The plane was on its way to Singapore from Indonesia in December 2014 when its rudder control system malfunctioned. Apparently, the issue had been reported 23 times the prior year, but it wasn't fixed. (video via Sky News)

The pilot pulled a circuit breaker to reset the flight control computer to try to solve the problem. This caused the plane to lose its autopilot function.

The plane was flying in stormy weather, and during the incident, it rolled sharply left before plummeting, reaching 20,000 feet per minute at one point. (Video via AirAsia)

Officials say the crew should have been able to recover, but they didn't follow proper training. The pilot can be heard on recordings telling the co-pilot to "pull down" when he should have instead said "push" to go down.

This is the first official explanation for what caused the crash. Investigators say AirAsia should train its pilots to use standard terminology and make sure all pilots know how to take control of an aircraft.