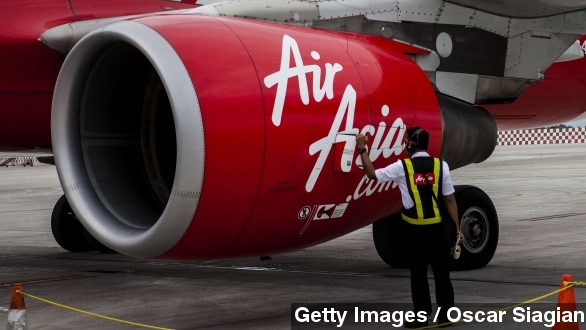 Indonesian authorities say they have located the black box from AirAsia 8501.

The box was discovered by a team of divers, though crews will wait until Monday morning to retrieve it. The box is reportedly wedged between two pieces of wreckage at the bottom of the Java Sea.

Sunday's news comes hours after this tweet from AirAsia CEO Tony Fernandes, who said the company believed they found the black box.

The flight from Indonesia to Singapore went missing in bad weather Dec. 28 carrying 162 passengers. The pilot asked to change course and increase elevation shortly before losing contact. (Via CBS)

Sunday's discovery may help detail what caused the flight to go down.

A plane's black box contains a voice recorder and a flight data recorder. This information can help officials understand what happened during a plane crash.

National Geographic explains each box is also outfitted with an Underwater Locator Beacon, which is activated when the device comes in contact with water. It transmits a signal that can be located as deep as 14,000 feet under water.

Crews recovered the tail of the plane Saturday, using giant balloons to float it to the surface. The same method may be employed to retrieve the boxes if moving the wreckage to free it does not work. (Video via RT)