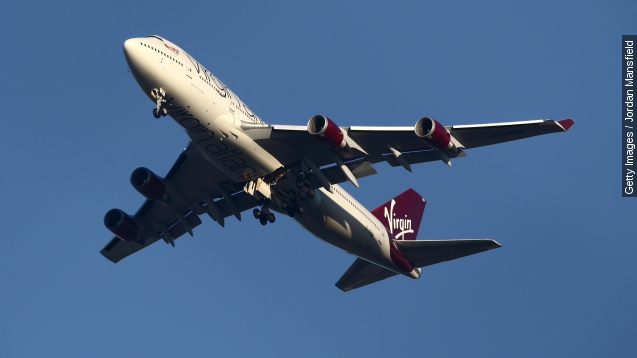 SMS
Air Traffic Flaw Could Lead To Plane Collisions
By Mikah Sargent
By Mikah Sargent
September 15, 2015
The Federal Aviation Administration is working to correct a flaw in the air traffic system that could potentially cause planes to collide.
SHOW TRANSCRIPT

A group of Detroit Metro Airport air traffic controllers revealed a flaw in the air traffic system last December that could potentially result in planes colliding.

The flaw centers around the way air traffic controllers plan and revise flight paths. Some airlines have reportedly laid out a flight path for a plane only to come back and change it later. Problem is, no one's going in and removing the original flight path which — as you might imagine — isn't very safe.

The Detroit Free Press explains: "The filing of multiple flight plans can lead to confusion. ... That, in turn, can lead to other issues, including ... difficulty assuring that aircraft maintain a safe distance from each other."

Now, several months later, the U.S. Office of Special Counsel has revealed it launched an FAA audit and set up a task force to deal with the problem.

The audit revealed instances of multiple flight plans have cropped up about twice a week in Detroit. The Detroit Free Press reported there were about 288 duplicate flight plans filed from January to November of 2013.

FAA officials are working to correct the flaw. The report says a formal reporting process will be introduced that gives air traffic controllers the ability to file a report when they encounter more than one flight plan.