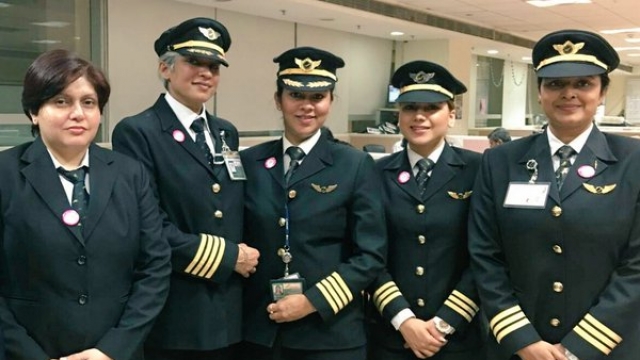 SMS
Air India Honors Women's Day With Longest Flight Crewed By Women
By Ryan Biek
By Ryan Biek
March 7, 2016
Everything from pilots to traffic control will be staffed by women when the flight returns to New Delhi on March 8.
SHOW TRANSCRIPT

In honor of International Women's Day, Air India flew what it says is the longest flight in history with an all-female crew.

The plane left New Delhi on Sunday and arrived in San Francisco with four pilots and 10 cabin crew members.

And when the plane returns to New Delhi on March 8, the actual date for International Women's Day, the entire operation — from check-in to traffic control — will reportedly be staffed by women.

Aviation has historically been male-dominated. The Smithsonian reports only 4 percent of American pilots above the student level are women.

India, on the other hand, has almost 12 percent female pilots, roughly four times higher than the global average.

This video includes clips from NDTV.