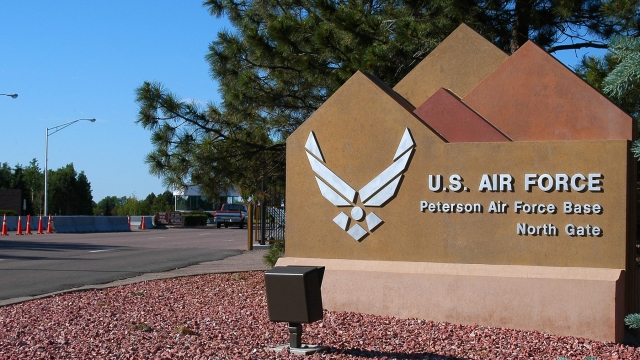 SMS
An Air Force Base Dumped Tainted Water In This City's Sewer System
By Briana Koeneman
By Briana Koeneman
October 19, 2016
Officials confirmed over 150,000 gallons of contaminated water came from a retention tank at the base.
SHOW TRANSCRIPT

A sewage system has been contaminated with toxic firefighting chemicals, and an Air Force base is to blame.

U.S. Air Force officials confirmed more than 150,000 gallons of water tainted with perfluorinated chemicals — otherwise known as PFCs — leaked out of a retention tank at Peterson Air Force Base in Colorado Springs, Colorado.

SEE MORE: Excess Levels Of Dangerous Chemical Found In Tap Water Across US

The contaminated water made its way into a city wastewater treatment plant before crews could stop it. And from there, it flowed into a creek that feeds into other waterways.

A utilities spokesperson told The Denver Post, "Even if we would have been able to head it off at the plant, we're not equipped. I don't know of any wastewater plants in the country equipped to remove PFCs."

PFCs are typically used at military airfields to put out fuel fires. The chemicals have been linked to cancer, low birth weights and other serious health problems.

While officials say the leak didn't pose a threat to Colorado Springs' drinking water, some residents are worried about the possible health risks.

This far from the first toxic chemical leak at an air force base. According to a study out earlier this year, unsafe levels of toxic chemicals have been found in drinking water samples near military fire training sites and airports in 33 states.

This is also the second time in recent months that contaminated water has made its way out of the base in Colorado Springs. The Air Force paid $4.3 million to filter and provide safe drinking water to residents after PFCs were found in well-water near the base in July.

Because of that, the Air Force is changing its fire-fighting foam to be more "environmentally safe."

It's unclear exactly what caused this latest leak, but officials aren't ruling out the possibility it was intentional.