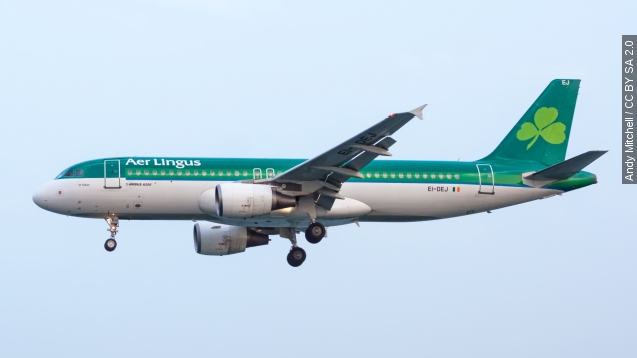 SMS
'Agitated' Passenger Bites Man Then Dies Aboard Flight
By Katie Link
By Katie Link
October 18, 2015
A Dublin-bound flight made an emergency landing after a man bit another passenger before losing consciousness. The man was later pronounced dead.
SHOW TRANSCRIPT

An Aer Lingus plane made an emergency landing in Cork, Ireland Sunday evening after a man on board died.

The 24-year-old passenger reportedly became extremely violent and bit another passenger. The Irish Mirror says the man was restrained by other passengers and crew members and then became unconscious and died.

The pilot informed air traffic controllers that instead of completing the flight from Libson, Portugal to Dublin, Ireland, they would need to make an emergency landing at the Cork airport.

The Guardian reports all of the nearly 170 passengers on board the flight were questioned by authorities Sunday night. The person who was bitten during the incident was taken to a local hospital.