After Years Of Complaints, Dems Vote To Change Superdelegate Rules 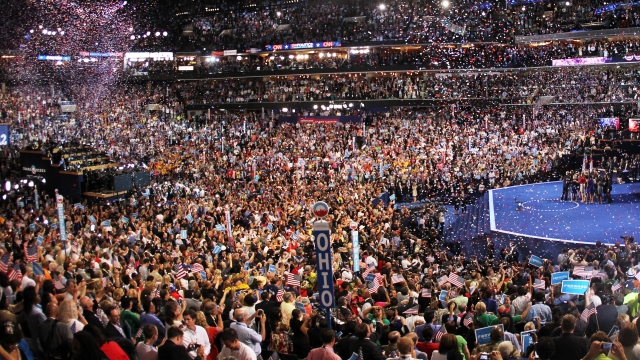 The pesky Democratic superdelegate system that progressives have been railing against for years is about to be a thing of the past. Sort of.

On Saturday, the Democratic Rules Committee voted 158 to 6 to bind about two-thirds of superdelegates to the results from primaries and caucuses. Elected lawmakers and governors would still be unbound delegates.

The change will be a long time coming. Democrats will create a commission after the November election and make recommendations by Jan. 1, 2018. The changes would then need to be approved by the full Democratic National Committee.

But this is a big deal, no bones about it. Though superdelegates have never actually changed the outcome of the Democratic primary process, the perception has always been pretty negative. And the insurgent campaign of Bernie Sanders has been calling foul on superdelegates from the start.

This is clearly a big olive branch from Hillary Clinton and the DNC to not only Sanders supporters, but also to progressives all over the country. The amendment also calls for changes in the voting process, including expansion of same-day registration and re-registration.

This video includes images from Getty Images and clips from the Democratic National Committee, Bernie 2016 and CNN. Music provided courtesy of APM Music.