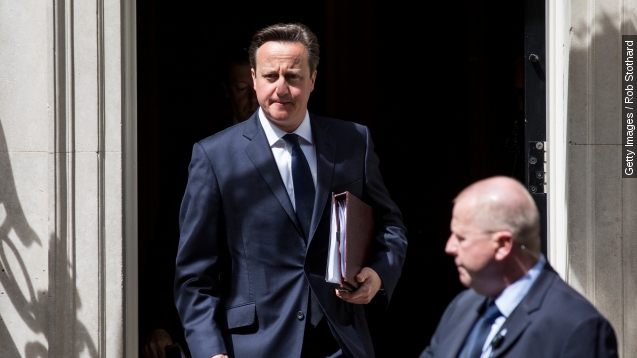 After a terrorist attack in Tunisia killed 38 people, 30 of whom are believed to be British citizens, combating international terrorism has shot to the top of British Prime Minister David Cameron's agenda.

Cameron told the House of Commons, "We must confront this evil with everything we have."

Cameron promised a "full-spectrum response" to the beach attack, vowing to combat the rising influence of Islamic extremism domestically and radical terrorist groups like ISIS overseas.

Although the prime minister's office didn't give many specifics on what a "full-spectrum response" actually looks like, Cameron did unveil some proposals for cracking down on extremist speech. Predictably, those proposals are already being condemned.

During a Radio 4 interview, Cameron emphasized the importance of combating strains of radical thought which swell the ranks of terrorist groups.

To that end, Cameron's government is renewing its push to ban groups and individuals identified as extremists from speaking on broadcast TV or at public universities.

Similar past proposals from Cameron's government have been compared to censorship, and his administration faced opposition from coalition partners as well as high-ranking members of his own party.

There are also concerns about how the government defines nonviolent extremism. The Guardian's editorial board cautions broadening the definition and restrictions on extremist content might end up "cutting off that dialogue out of which understanding must be built, while also alienating potential providers of tip-offs."

But with the horror of the Tunisia attack and a resounding electoral victory from last month at his back, Cameron's latest anti-extremist push stands a much better chance of succeeding this time around.