After PlayStation Outage, Sony Offers Gifts As An Apology 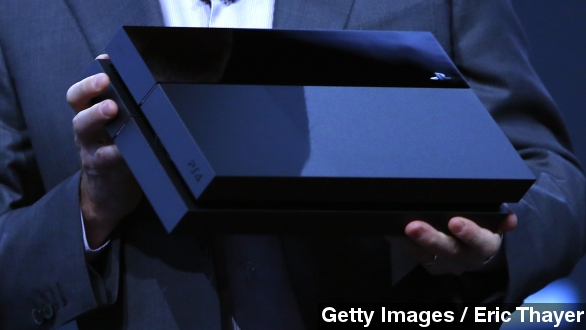 SMS
After PlayStation Outage, Sony Offers Gifts As An Apology
By Matt Picht
By Matt Picht
January 2, 2015
Sony's online gaming service, the PlayStation Network, went down over Christmas, and the company's offering its users free stuff to apologize.
SHOW TRANSCRIPT

Sony had a rough Christmas. Already suffering from the massive breach at Sony Pictures, the company was hit with another attack on Christmas Eve, when its online gaming service — the PlayStation Network — was thrown offline by a denial-of-service attack for almost four days.

Now that the dust has settled and the PlayStation Network is back online, the tech giant is looking to win back some customer support with the old industry standby: digital freebies.

The company announced in a blog post that every PSN member will get a discount code for 10 percent off one item in the PlayStation Store. Additionally, anyone who was signed up for PlayStation Plus — the subscription service that gives customers new games and perks every month for a fee — will get five extra days on their membership.

It's the latest gesture of corporate goodwill to come out of the outage. Developers Rockstar and Bungie previously announced they would extend some online events in their games to compensate for time lost to the attacks.

It's also the strategy Sony used last time PSN was compromised. In 2011, the service suffered a major attack that compromised the personal data of 7.7 million users and shut down the network for almost a month. Sony responded with a month of free membership, a year of identity theft protection and a couple free games — which still wasn't enough to ward off a class-action lawsuit.

This recent attack didn't cause nearly as much damage as the one in 2011, but the company's still going to have to work pretty hard to make amends. So, is the current offering going to be enough?

Financially, this is a big gesture for Sony to make. The company reported PlayStation Plus had 7.9 million users in October. Five free days for all of them could cost the company somewhere in the neighborhood of $6 million to $13 million in lost revenue.

But a writer for Engadget is skeptical the freebies will work on an individual level, comparing it to getting a free drink after a bad evening in a club. "Was there an expectation for the club owner to offer everyone that drink? Or does it just add insult to injury, given your night is ruined and you paid to get into the club anyway?"

Sony's also got some pretty stiff competition in terms of corporate video game apologies. Developers Ubisoft and 343 Industries both flubbed launches of their high-profile games this year, and both responded by releasing more content for their games free of charge.

But the company is arguably doing better than its direct competitor. Microsoft's rival service Xbox Live suffered the same, albeit much less severe, Christmas problems as the PSN did, and the company hasn't yet offered a similar apology.