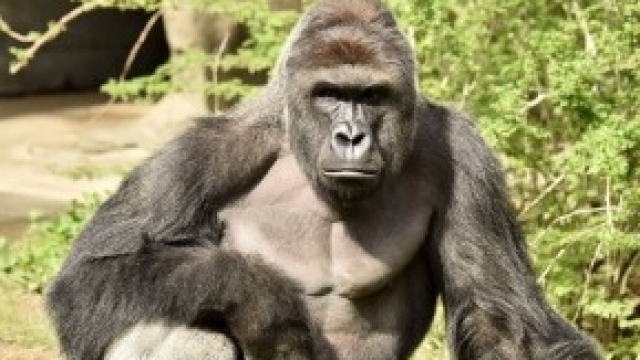 By Lauren Stephenson
May 30, 2016
Petitioners say parental negligence is to blame for a 4-year-old's fall into the gorilla enclosure, resulting in the killing of the gorilla.
SHOW TRANSCRIPT

Outrage has continued to grow over the killing of a 17-year-old gorilla after a child fell into its enclosure at the Cincinnati Zoo. And now, thousands are calling for the boy's parents to be held responsible.

By Monday afternoon, more than 143,000 people had signed a "Justice for Harambe" online petition calling for the zoo, law enforcement and child protective services to hold the parents responsible. The petition is just one of 13 on Change.org related to Saturday's incident.

The boy's family released a statement obtained by Newsy's partners at WCPO that said, in part: "... We extend our heartfelt thanks for the quick action by the Cincinnati Zoo staff. We know that this was a very difficult decision for them and that they are grieving the loss of their gorilla. ..."

Multiple media outlets have reported the mother of the boy also posted a message to her critics on Facebook. The post read, "As a society we are quick to judge how a parent could take their eyes off of their child and if anyone knows me I keep a tight watch on my kids." The message has since been taken down.

The zoo's director said the Dangerous Animal Response Team decided against using a tranquilizer because it would take a while to set in and would agitate the gorilla.

But not everyone agrees with the decision. One petition calls for an investigation into the zoo's actions, while another calls for the state of Ohio to create "Harambe's law," which would hold visitors accountable for actions that lead to the injury or death of an endangered animal at a zoo.

As for the boy, he is reportedly home after being treated at a local hospital for non-life-threatening injuries.