A Mother Wrote An Emotional Note To Her Daughter's Drug Dealer 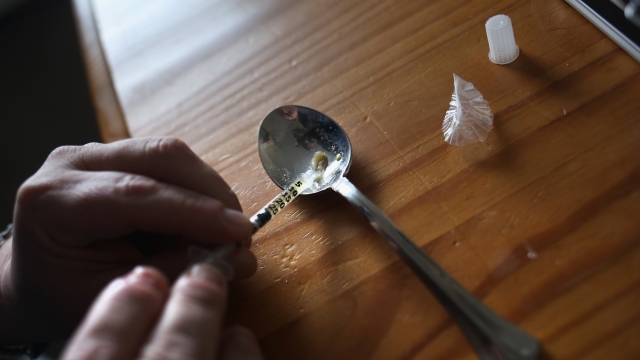 A mother in a small Missouri town posted an emotional photo on Facebook to her daughter's drug dealer.

Tina Wells Louden wrote, "To my daughter's drug dealer, this is how I spend my daughter's birthday now....how do you live with yourself??? That's all I wanna kno (sic)...."

Louden's daughter Ashley died in 2013. KSDK reports her daughter used heroin for about five years before she died.

This Missouri family is not alone. Heroin use is an epidemic in the United States, and the recent World Drug Report from the United Nations called it "one of the major drugs of public health concern."

The UN report attributes the increased American use of heroin to several factors, including law enforcement and regulatory actions, as well as increased accessibility, reduced prices and high purity.

In July, Congress passed a bill that was signed into law by President Obama that authorizes grant programs for abuse prevention and education, expands access to treatment and recovery options and provides specific abuse prevention for veterans, women and children.

Louden's Facebook post struck a chord with social media users. In the first week since it was posted, it's been shared nearly 250,000 times and garnered over 13,000 comments.