After A Year In Space, There's A Lot For Scott Kelly To Do On Earth 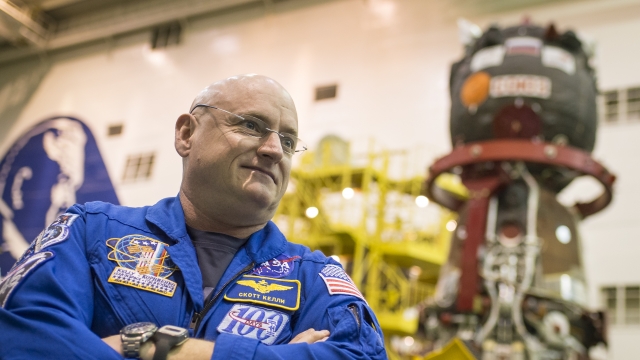 SMS
After A Year In Space, There's A Lot For Scott Kelly To Do On Earth
By Ethan Weston
By Ethan Weston
February 27, 2016
Astronaut Scott Kelly is ready to return to Earth from the International Space Station, but he'll have a busy schedule when he gets back.
SHOW TRANSCRIPT

Astronaut Scott Kelly has called the International Space Station his home for nearly a year, but on Tuesday, he's coming back to Earth. So, how do you say goodbye to a year in space?

The first official order of business is the changing of command Monday. Kelly will hand over the station to fellow NASA astronaut Tim Kopra, who has been on the ISS since December 2015.

Then, on Tuesday he'll board a Russian Soyuz spacecraft, which will take him and two Russian cosmonauts back to Earth. They're scheduled to land in the Kazakhstan desert on Tuesday, just before midnight Eastern time.

Kelly told reporters he thinks he could stay in space longer but also said he was looking forward to going home.

On Wednesday in Houston, Scott Kelly will be welcomed by Mark Kelly — his twin brother and retired astronaut — as well as NASA officials and Jill Biden, the vice president's wife.

Short-term microgravity can wear on a person, so as soon as he's back, Kelly will do some physical tests, like standing still for three minutes, walking heel to toe in a straight line and sitting up after lying down.

That really doesn't sound too difficult, but scientists want to see how a year in microgravity has affected Kelly's physiology. They can then use that data in preparation for possible manned missions to Mars.

To cap off the week, Kelly will have a media briefing where he'll answer questions and talk about his time in space.

If you want to watch, tune in to NASA Television where they'll be covering Kelly's return. If you've got questions, NASA scientists will also participate in an Ask Me Anything on Reddit on Friday.

This video includes clips from NASA and images from Getty Images