After A Rough 2014, NFL Actually Has Some Nice Stories Going 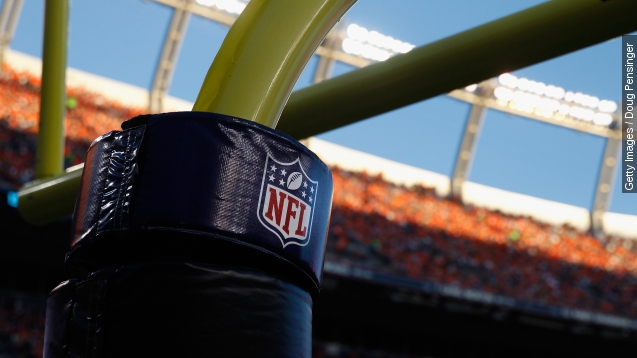 SMS
After A Rough 2014, NFL Actually Has Some Nice Stories Going
By Cliff Judy
By Cliff Judy
August 1, 2015
2014 exposed the NFL as a league not really getting called out for double standards. Here are some of the feel-good stories at 2015's training camps.
SHOW TRANSCRIPT

How do we know it's time for football?

Well, if you're an optimist, this is the time of year fans are reminded everyone has a shot at a title before games have been played — even the long-suffering Browns or Jaguars. (Video via WEWS)

If you're a pessimist, you're probably taking note of all the contract holdouts not showing up for team training camps.

And if you watch too much TV, you may have spotted brand new commercials we're going to get sick of very, very soon.

"And I'm bad comedian Eli Manning and I have cable. Whaaaaa?!"

But frankly, if that's as bad as it gets for the NFL this season, that's saying something.

2014 exposed the NFL for what it is — a professional sports league with no real competition that makes loads of money and has never really been called out for double standards when it came to issues inconvenient for its teams.

With that in mind, here are the most inspiring moments to come out of NFL training camps so far. No crying now.

First up, Cincinnati Bengals defensive tackle Devon Still asked his daughter Leah — who's now in remission for cancer — to "hold down" things at home as he left for camp. Posted on Instagram, the two clearly have a system.

And speaking of beating cancer, Chiefs Pro Bowl safety Eric Berry is back with his team after missing much of last season, and he's brought a new perspective with him. (Video via KSHB)

Sticking with the Chiefs, they have a hometown kid in camp no one really expected. LaVance Taylor of Kansas City suburb Raytown is in training camp after tweeting the team. (Video via KSHB)

Taylor, who went undrafted this year, had tweeted several teams asking them to take a look at his college highlight reel. When the Chiefs had a rookie running back go down with an injury, they called him up.

And finally, the NFL's first female coach is already working with her players. Head coach Bruce Arians hired Jen Welter as an intern to work with linebackers during training camp.

"It was his belief that the Arizona Cardinals was the team that could handle this happening and that he had coaches on his staff that would embrace it," Welter told reporters.

Hopefully, there's more good on the gridiron this year. As we've seen, the alternative can make for a long season.

This video includes images from Getty Images and music by Bensound / CC by ND 3.0.