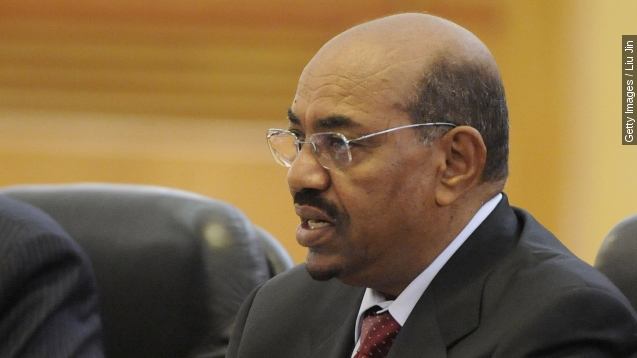 His arrival in South Africa, which is a member of the International Criminal Court, led the ICC to petition for his arrest on charges of genocide and war crimes. A South African court responded, issuing an order barring him from leaving the country. (Video via BBC)

Those charges stem primarily from government actions in Darfur, where Sudan's military forces are alleged to have carried out ethnic cleansing, costing as many as 300,000 lives by some estimates. (Video via Amnesty International)

The AU has repeatedly opposed the ICC in the past because it says the court has disproportionately prosecuted Africans. In fact, every individual indicted by the ICC since its inception in 2002 has been African. (Video via SABC News)

That's led many in Africa to view the ICC as a tool for colonialism, with some even calling it the International Colonial Court, according to Brookings.

The AU is solidly in that camp, having called for African countries to stand together against the ICC and ruling that its members have no obligation to arrest Bashir. (Video via Bloomberg TV Africa)

Supporters of the ICC have argued a large number of people the court indicts are referred to the court by their respective countries, and its jurisdiction is limited. (Video via PBS)

To be fair, the ICC has faced criticism outside Africa as well for being ineffective. In 13 years of operation, it's only managed two convictions.

In that context, even though there's speculation Bashir will still be able to make it out of South Africa, the fact an order was even issued is something.