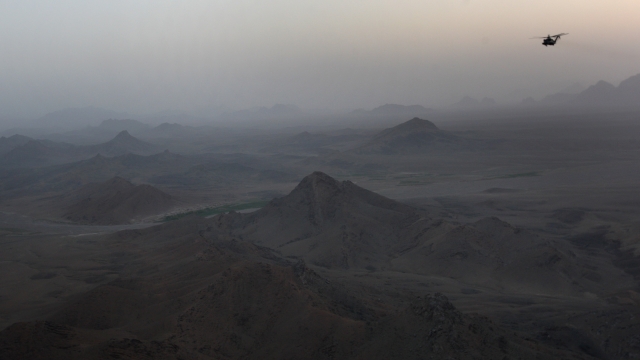 SMS
Afghan Official Says Al-Qaeda Is 'Very Active' In Afghanistan
By Melissa Prax
By Melissa Prax
April 13, 2016
Al-Qaeda's revitalization in Afghanistan and its ties with the Taliban have U.S. and Afghan officials concerned about the group's potential.
SHOW TRANSCRIPT

Al-Qaeda's revitalization in Afghanistan has both Afghan and U.S. officials concerned about the group's potential.

Afghan Acting Defense Minister Masoom Stanekzai said: "They are really very active. They are working in quiet and reorganizing themselves and preparing themselves for bigger attacks."

In an interview with CNN, a U.S. major general said Al-Qaeda's numbers aren't known, but previously U.S. officials have estimated some 300 fighters belong to the group.

The concern isn't in numbers, which are low compared to terrorist groups like ISIS, but in strengthening ties Al-Qaeda has to the Taliban.

Several countries, like the U.S. and Afghanistan, have long tried for peace talks with the Taliban, and say it could be the only way to attain "lasting peace and stability in Afghanistan and the region."

This video includes clips from U.S. Department of Defense, CNN, U.S. Army, ISIS and the Taliban.