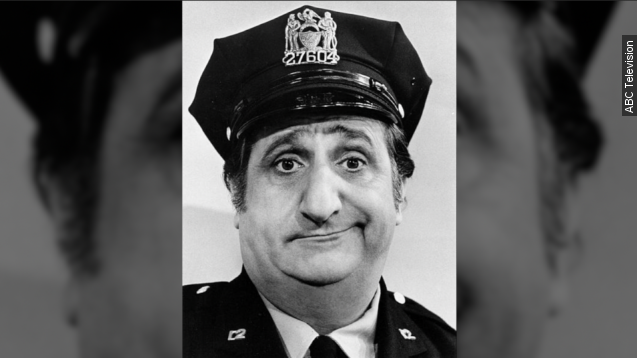 By Cliff Judy
October 31, 2015
Al Molinaro, best known for his lovable characters on "Happy Days" and "The Odd Couple," died Friday at the age of 96.
SHOW TRANSCRIPT

One of the most iconic TV shows of the '70s and '80s lost one of its kindest characters. Al Molinaro, better known as "Happy Days" Big Al Delvecchio, died at the age of 96. (Video via CBS Television Distribution / "Happy Days")

Molinaro generally played lovable — if at times bumbling — characters during his career, which also included his time as Officer Murray Greshler on "The Odd Couple."

Molinaro's son told the Kenosha News he died from complications following a gallbladder infection. A native of Kenosha, Wisconsin, Molinaro's start in Hollywood was as simple as the characters he portrayed.

In a previous interview, he said a friend in the early '50s told him, "'You should be an actor,' and I said, 'I’ll do that.' I get on the Greyhound bus and I’m in Hollywood."

"Fonz, I can't hear you. The jukebox is too loud. Okay ..." Molinaro's Delvecchio said during a popular "Happy Days" episode.

Molinaro's affable persona continued beyond "Happy Days" and "The Odd Couple" as he appeared in toilet paper commercials and even Weezer's "Buddy Holly" music video.

So will we miss Big Al?