Afeni Shakur Is Not Assata Shakur, But They Did Have A Connection 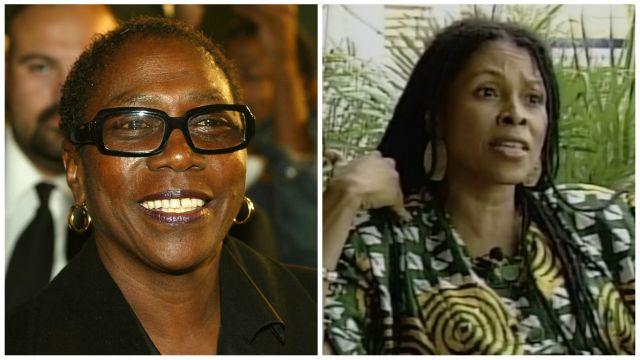 There might've been a bit of confusion after the death of Afeni Shakur, the mother of the late rapper Tupac Shakur.

Several Twitter users confused Afeni Shakur with Assata Shakur, a black political activist who is still the only woman on the FBI's list of most wanted terrorists.

Afeni Shakur is not Assata Shakur, but they were connected.

Assata Shakur, also known as JoAnne Chesimard, was the step-aunt and godmother of Tupac. She and Afeni Shakur were both members of the New York City Panthers. That's where several members of the organization took on the surname "Shakur."

Here's how Tupac described his step-aunt and godmother on his 1991 track "Words of Wisdom."

Assata is known as the fugitive who broke out of prison after she was convicted of killing a New Jersey state trooper.

More recently, Assata has been a part of conversations with Cuba since the U.S. began thawing relations with the island country. New Jersey law enforcement has called for Assata to be extradited, but the White House hasn't publicly revealed any plans to do that.

This video includes clips from NBC, MTV, 2PacLegacy.Net and CBS images from Getty Images and music from Interscope Records / 2Pac.