Ads On The Moon Don't Mean Commercials Are Going Away 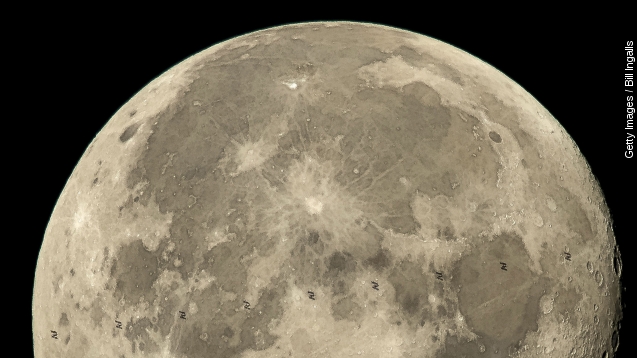 SMS
Ads On The Moon Don't Mean Commercials Are Going Away
By Katie Link
By Katie Link
August 18, 2015
A Japanese drink company is paying big money to send its sports drink to the moon. How does this stunt play into how advertising is changing?
SHOW TRANSCRIPT

Execs are sending a packet of Pocari Sweat, a Japanese sports-drink, to the moon. Yup, you heard right, the moon.

The hope is that someday an astronaut will venture to the moon and enjoy the drink. All in the name of advertising, of course.

We're thinking there's still a long way to go before moon advertising is the norm, but there are new forms of advertising in today's digital world: Take native advertising and personalized ads, for example.

Then there's personalized advertising. To be honest, we find this method a bit creepy. It's kind of like the movie Minority Report: "John Anderson, you could use a Guinness right now."

Have you ever searched for a new car on Google, then noticed cars showing up all over your browser or social media sites? That's how it works. It tracks your habits and tries to predict your needs as a consumer.

So, should we say "sayonara" to our favorite TV commercial characters? Not yet.

According to a recently published study from MarketShare, TV advertising is still the most effective way to reach consumers.

Sending a rover to the moon to display your message might be a big PR stunt. But you can't mess with tradition. A 30-second block of commercial airtime during the Super Bowl can reach more than 100 million consumers.