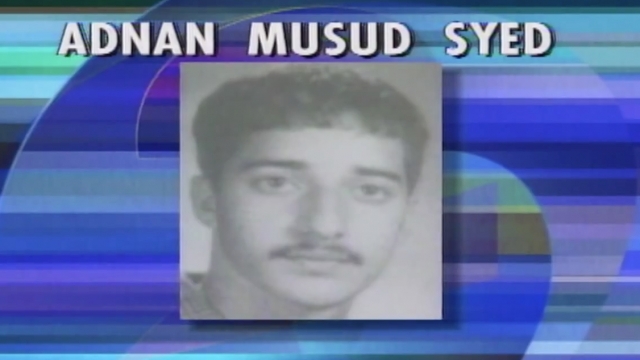 SMS
Adnan Syed Of 'Serial' Might Be Waiting A Lot Longer For A New Trial
By Ben Lawson
By Ben Lawson
August 2, 2016
The state issued an appeal, which could either delay the trial for months or shut it down entirely.
SHOW TRANSCRIPT

The Maryland attorney general is appealing the new trial granted to Adnan Syed, possibly delaying his retrial for months.

Syed, the subject of the popular podcast "Serial," has been serving a life sentence since 2000 in connection with the death of his ex-girlfriend from high school, Hae Min Lee.

But earlier this year, a judge decided new evidence could be presented in the case, which led to the new trial.

The sheet basically said the records couldn't be trusted to accurately pinpoint Syed's location. It wasn't brought up in his original trial, and the records were used to corroborate the prosecution's version of events.

But now the state says that isn't enough to justify a new trial and even without the cell tower records, the prosecution presented "overwhelming evidence" against him.

Syed's defense is arguing for another witness to testify. The new witness claims she can give Syed an alibi for the time of the murder.

But prosecutors say they have two unidentified people who will testify that the alibi-witness told them she planned on lying to prevent Syed from being convicted in his original trial.

This video includes clips from WMAR and The Baltimore Sun and images from Getty Images. Music provided courtesy of APM Music.