Adele's Album Is U.K. Best-Seller Of The Millennium So Far 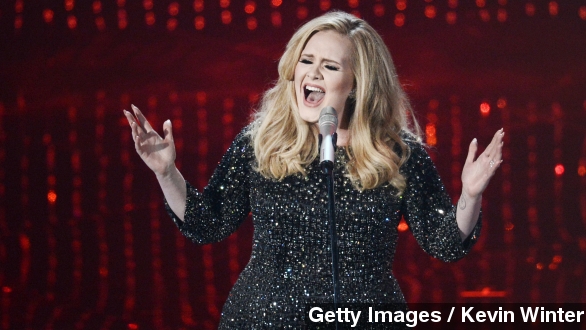 SMS
Adele's Album Is U.K. Best-Seller Of The Millennium So Far
By Katherine Biek
By Katherine Biek
March 19, 2015
Adele's sophomore album, "21," is the best-selling of the millennium so far in the U.K. It's sold 4.7 million copies.
SHOW TRANSCRIPT

Forget the fact she hasn't put out a new album in four years: Adele is still holding her own in the music industry.

At least in the U.K.

According to a list published on The Official UK Charts Company, Adele's sophomore album, "21," is the country's largest selling album of the millennium so far. (Video via XL Recordings / Adele)

The album was No. 1 on the billboard charts for 23 weeks, leading to more than 4.7 million copies sold. (Video via XL Recordings / Adele)

While it's definitely an accomplishment, her top ranking isn't all too surprising.

In 2011, she actually broke a Guinness World Record. That record was for being the first woman to have two albums and two singles in the Top 5 British music charts at the same time.

Back in December 2012, The Independent reported "21" was the fourth biggest-selling album of all time in British history.

In the U.S., Adele fared just as well.

Quite a few other Brits reigned supreme on The Official UK Charts Company's list for best-selling albums of the millennium.

James Blunt's "Back to Bedlam" was third, and Leona Lewis' "Spirit" came in fourth.

Fingers crossed this new announcement kicks Adele's record company into gear when it comes to releasing her new album. No specific date has been released for the drop, but it's rumored to happen sometime in the second half of this year.