Adele Isn't The Only Record-Breaker In Showbiz This Year 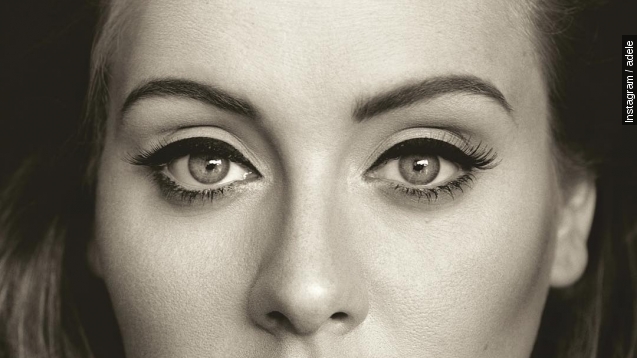 Adele already said bye, bye, bye to a record NSYNC held, and now she's saying hello from the other side of yet another broken record. (Video via XL Recordings / Adele)

Sorry. We couldn't resist. "25" is the first album in Nielsen history to sell over 3 million copies in its debut week in the U.S. (Video via XL Recordings / Adele)

And based off those numbers, Adele's album is probably helping the U.S. economy more than we think. I mean, think of the therapists, ice cream companies and tissue brands she's inadvertently funneling money to.

Every other week this year, there seems to be another massive record broken in the entertainment industry.

Chris Pratt and the dinosaur-sized flick "Jurassic World" crushed 31 records, including the biggest opening weekend of all time.

In February, Fox's "Empire" broke a 23-year-old record for audience growth. Since 1991, it was the only prime-time scripted series to see continual audience growth over the first five episodes.

And that record could be even more impressive, but since Nielsen revamped its rating system that year, we can't know for sure.

An April "Game of Thrones" episode broke a Guinness World Record for the "largest TV drama simulcast." The episode aired simultaneously in 173 countries.

The previous record was held by "CSI," which hosted a 171-country simulcast in March. Your move, CBS.

Then, "Game of Thrones" broke a huge record at the Emmys. After taking home 12 Emmys, "Thrones" beat "The West Wing"'s prior record for most TV Academy awards in a single year.

And not to be left in the record-breaking dust, "Star Wars: The Force Awakens" is already breaking records, and it's not even out yet.

"The Force Awakens" could — and probably will — break even more records when it opens Dec. 18. To surpass "Jurassic World" as the third highest grossing film of all time, it has to bring in $1.7 billion at the box office.