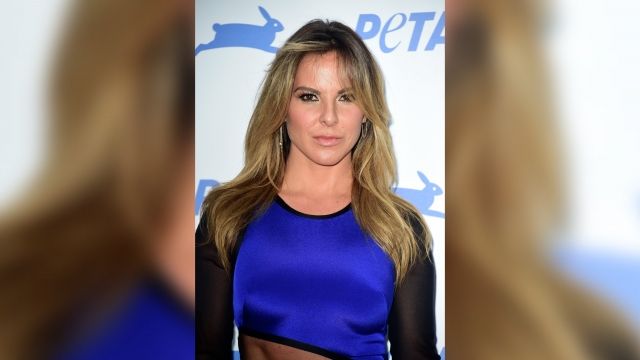 Now that Mexican drug lord Joaquín "El Chapo" Guzmán is back behind bars, authorities are turning their attention to the actress who inadvertently helped put them on his trail.

Kate del Castillo helped broker an interview between Guzmán and actor Sean Penn, which authorities say helped them pin down Guzmán's location. Guzmán apparently wanted to commission a biopic about his life, and he displayed an infatuation with Castillo in his communications.

Castillo's potential troubles stem from her recently-launched brand of tequila, Honor del Castillo. A series of texts she exchanged with Guzmán suggest Castillo considered allowing the drug lord to invest in the business.

Mexico's attorney general, Arely Gomez, told El Universal if Guzmán put money into Castillo's business, that would amount to money laundering for a drug cartel, which could carry a sentence of five to 15 years in prison.

At this point, authorities are just seeking an interview with Castillo; no charges have been filed against the actress. Castillo has made one comment since Guzmán's capture, "Many have chosen to make up items they think will make good stories and that aren't truthful. I look forward to sharing my story with you."