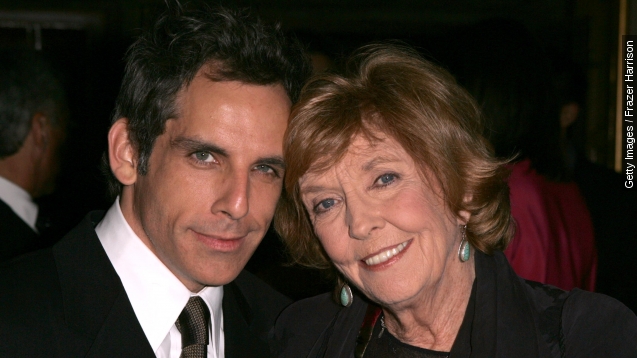 Comedian Anne Meara, one half of the comedy duo Stiller and Meara and mother of actor Ben Stiller, died Saturday at the age of 85 according to a statement from her family.

Meara and husband Jerry Stiller were married for an astonishing 61 years and played off each other's jokes for decades. (Video via NBC / "The Tonight Show Starring Johnny Carson")

"This computer's a very good thing. I was reading all about it."

"Terrific, listen, I mean, it takes all the guesswork out of meeting someone."

Meara made extensive appearances on TV and worked in both stand-up comedy and theater, and was always known for her warmth and her quick wit.

"You like older women, right?" Meara asked MSNBC's Donny Deutsch in a 2012 appearance on "Morning Joe."

"How did you know that about him, because he does," said host Mika Brzezinski.

"Really? I saw it scrawled on a bathroom wall," Meara said.

Fellow actors and comedians like Gilbert Gottfried, Steve Martin and Rosie O'Donnell saluted Meara on Twitter Sunday. In addition to Jerry and Ben, she leaves behind her daughter Amy and several grandchildren.