Activists Say Coalition Airstrikes Killed Up To 160 Civilians In Syria 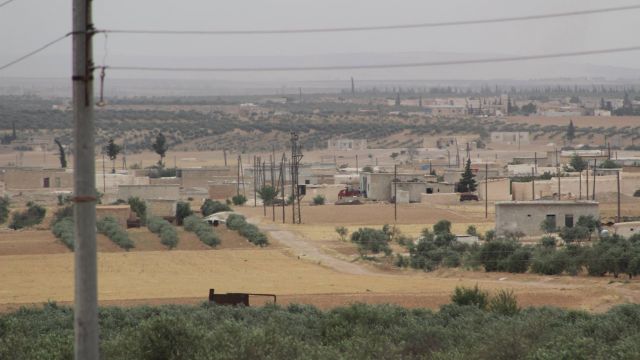 SMS
Activists Say Coalition Airstrikes Killed Up To 160 Civilians In Syria
By Jake Godin
By Jake Godin
July 21, 2016
Activists are claiming the U.S.-led anti-ISIS coalition killed as many as 160 Syrian civilians after mistaking them for ISIS fighters.
SHOW TRANSCRIPT

Coalition airstrikes in Syria may have killed as many as 160 civilians.

The strikes took place near where U.S.-backed Kurdish and Arab forces are battling ISIS. Local activists claim the airstrikes killed over 125 civilians. And that they were from coalition planes.

The U.S. says it's investigating.

"Being scrupulously careful to avoid civilian casualties and being transparent about this issue is a reflection of the civilized nature of this coalition," said Secretary of Defense Ash Carter at a press conference.

Stories on the strikes sparked the #PrayForSyria, which quickly became a trending hashtag.

If it turns out the coalition did accidentally bomb civilians in Tokhar, it will have been one of the worst attacks against civilians by the coalition in Syria since it started anti-ISIS operations.

It also won't help with the perception of the Syrian Democratic Forces, which have struggled to gain the trust of local Arabs wary of the majority-Kurdish coalition.

Syria's opposition party has demanded the U.S. cease airstrikes until it figures out what happened here.