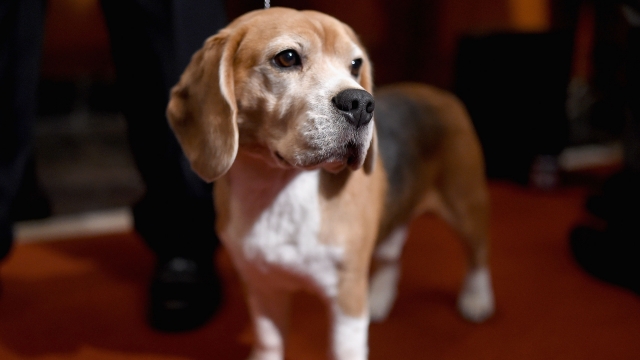 An organization that seeks to end animal testing is calling out a group of university researchers for euthanizing six young Beagles after a study ended.

According to the study published in the journal Veterinary Ophthalmology, researchers at the University of Missouri sedated the beagles, wounded the dogs' corneas and then tested an experimental acid to see if it sped up the healing process of corneal ulcers.

The Beagle Freedom Project told the Riverfront Times the dogs shouldn't have been euthanized because the group would have found homes for them.

The organization was in the process of suing the university on claims that it violated the state's open records law when it discovered the study.

Beagle Freedom Project was seeking records on the 179 animals that researchers used at the university. The school apparently responded by saying it would cost the animal rights group over $82,000 to produce those records.

The study concluded the acid didn't speed up the healing process. Beagle Freedom Project said the study was unnecessary since researchers themselves reportedly acknowledged the sample size was too small to "detect a clinically significant difference in healing rates."

A university statement provided to the Riverfront Times reads in part: "Without animal research, we would not be able to answer some of the most important medical questions. ... Veterinarians have provided vital information to physicians and veterinarians treating corneal injuries — which ultimately benefit other dogs, animals and humans, including many of our U.S. veterans who have sustained corneal injuries while defending our country."