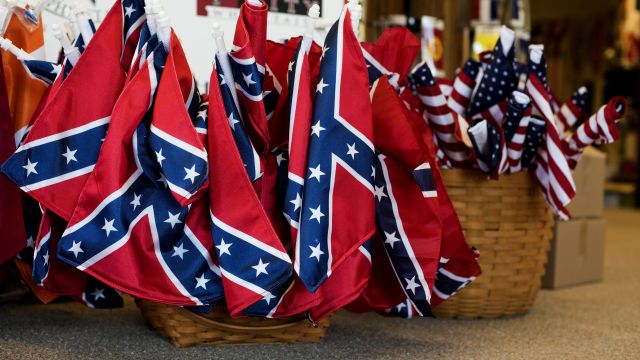 An artist and political activist is encouraging people to burn and bury Confederate flags this Memorial Day weekend.

John Sims is leading this charge to honor those who fought against slavery. And his effort started last year when he organized 13 Confederate flag burnings across 13 Southern states.

In a Huffington Post blog post published last week, Sims wrote "Change happens through education, cross-cultural experiences, and in the ritual space. We see these changes on the dance floor, in the concert halls and college classrooms, and even in the military. We need more cross-cultural rituals that confront the pain of the American past."

In the past year, controversy surrounding the Confederate flag has been growing.

And Congress recently passed a proposal to ban Confederate flags at any national cemetery that's overseen by the Department of Veterans Affairs.

Some Southern states still mark their Confederate history with an annual month of remembrance.

Sims told ThinkProgress he wants to make the Burn and Bury Memorial an annual event.