Activision's New Foray Into Film Hinges On 'Call Of Duty' 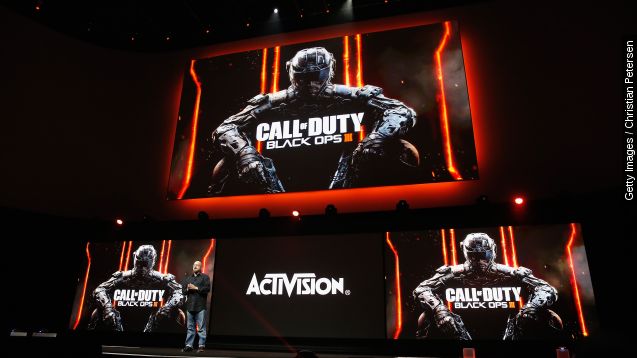 SMS
Activision's New Foray Into Film Hinges On 'Call Of Duty'
By Matt Picht
By Matt Picht
November 7, 2015
Activision Blizzard is expanding from video games into cinema, and the venture's success will likely rely on flagship series "Call of Duty."
SHOW TRANSCRIPT

Between hosting one of the biggest video game conventions of the year and dropping the approximate GDP of Monaco on a match-3 game, Activision Blizzard's been pretty busy lately.

But the video game juggernaut's not slowing down; in fact, they're expanding into TV and movies.

The newly-formed Activision Blizzard Studios is being helmed by Disney alum Nick van Dyk, and its first project will be an animated cartoon series based on the "Skylanders" toys-to-life franchise.

For Activision, it's clear the crown jewel of the new initiative lies in the billion-dollar "Call of Duty" franchise, which is being eyed for a series of films and maybe a TV show. Van Dyk told Fortune, "The 'Call of Duty' [intellectual property] is much greater than the core IP of Marvel."

On one hand, the franchise has been getting more cinematic over time, bringing high-profile actors and cutting-edge visuals to their war stories.

But narrative has never been the game's main selling point: rather, "Call of Duty" makes its money on the frenetic, competitive multiplayer modes. The latest iteration of the franchise even cut the single player from its last-gen version to save space.

The newly-formed studio's challenge, then, is to find a way to keep "Call of Duty" compelling without an interactive multiplayer structure to support it. Activision can't rely on the brand's popularity alone to cover an entire movie franchise.

Exhibit A: "Halo," another immensely popular shooter series that tried to make the jump to cinema. A Neill Blomkamp-directed movie never materialized, a Ridley Scott-led TV series was critically panned, and another TV series led by Steven Spielberg is still stuck in development.

But Activision Blizzard's new venture isn't their first foray into the world of film: also unveiled this week was the first trailer for a movie based on iconic Blizzard franchise "Warcraft."