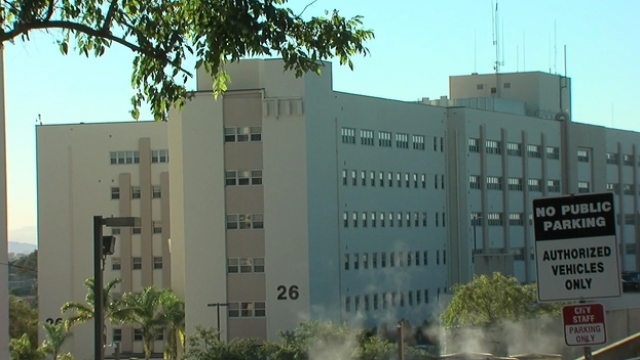 Reports of an active shooter at the Naval Medical Center in San Diego on Tuesday prompted officials to urge people inside the hospital to take cover. (Video via KGTV)

A message posted to the center's Facebook page initially warned people inside to "run, hide or fight." The post was later amended to "if in immediate danger, hide or seek shelter in secure space." Authorities believe the shooter was in building 26.

A Naval spokesperson told Newsy's partners at KGTV three shots were fired near the building around 8 a.m. local time.

As of early Tuesday afternoon, no injuries have been reported, and people have been advised to stay away from the area. (Video via KGTV)